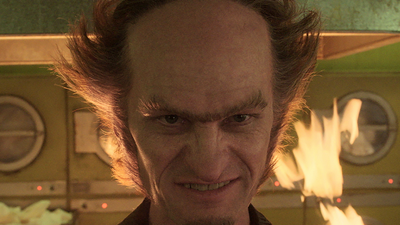 Count Olaf is the main antagonist of A Series of Unfortunate Events and its various adaptations. He is a criminal, mastermind and serial killer who leads various Fire-Starting members of the Volunteer Fire Department. He is an enemy to the Baudelaires and plots to steal the Baudelaire Fortune... 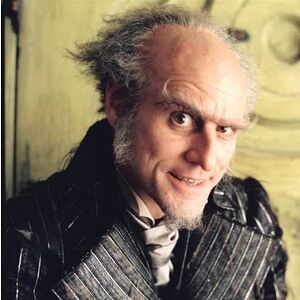 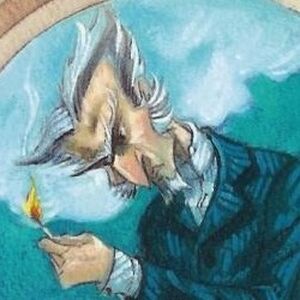 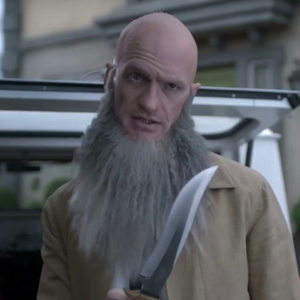 Today, I went to search for Count Olaf. I forgot it was Count Olaf, so, I spelled Olaf Count. Here is what happened: 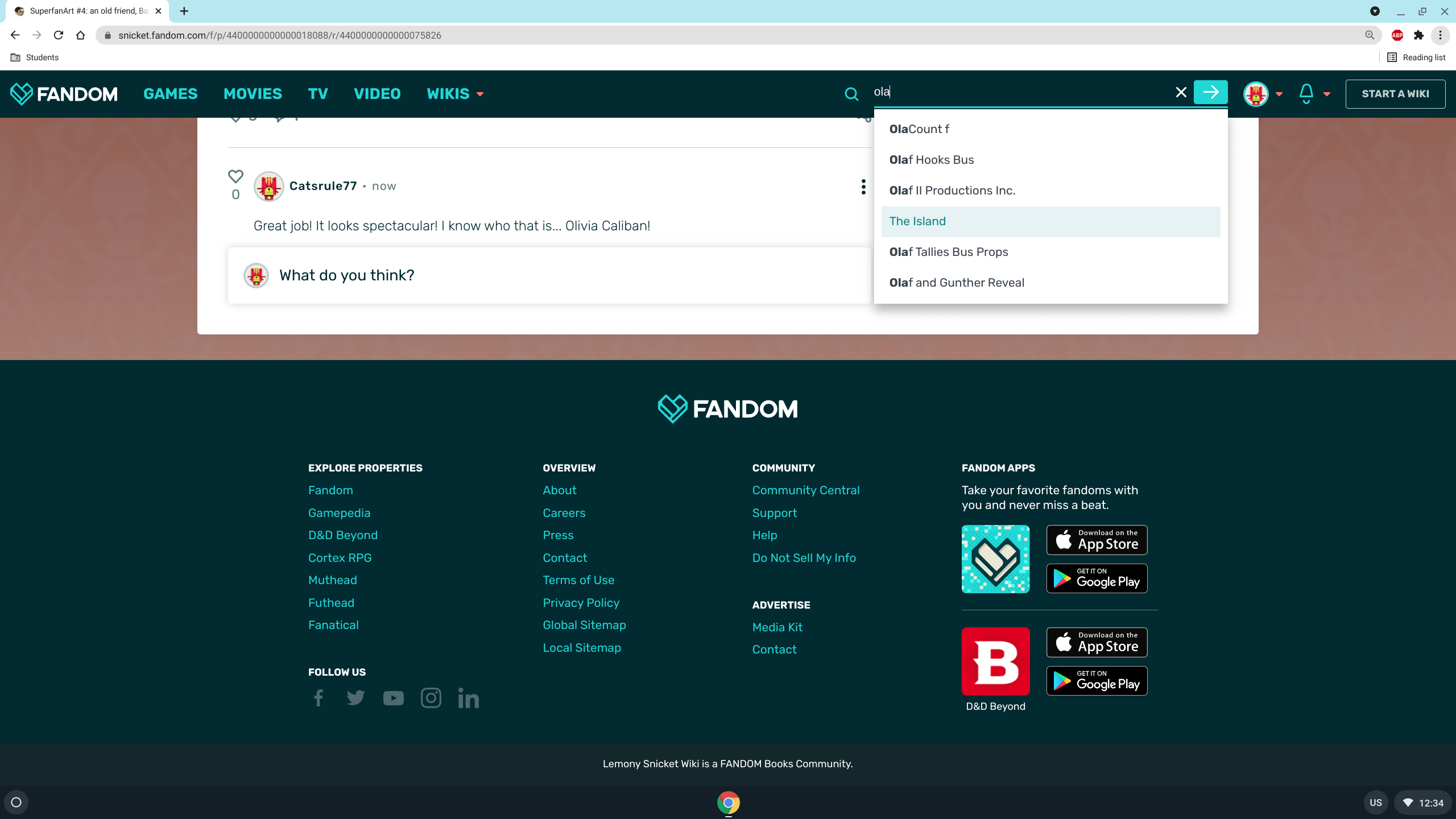 Can anyone tell me what happened?

Okay, so any scenes we see a very intelligent and sensible Count Olaf, whereas in other scenes we see him incredibly stupid. Was it because he did not like being seen as intelligent and clever because of his past of V.F.D. where all were very well versed, smart and clever or because he was actually stupid? Seeing that it was only Count Olaf's death at the hands of Ish...the founder of V.F.D. made sure that the Baudelaires' were finally safe and free from Count Olaf...I think he deliberately acted stupid. What are your thoughts?

Count Olaf
Well, well, well
Orphans
We know what *word* means
Wait until the readers of daily Punctilio hear
Light is in Dark is out
A word which here means...

Why did Kit move on so quickly from Dewey to Olaf?

So, I finished watching asoue and I am kinda sad...actually veryyyyyyyyyyyyyyyyyyyyyy sad cause Count Olaf didn't make it but that last scene between Olaf and Kit was veryyyyyyyyyyyyyyyyyyyyyyy sweet and it was even sweeter to see a new side of Count Olaf...reciting poetry...something I thought he couldn't do!!! Well, Lemony did say there was no happy end but I found the series end quite happily ever after. Except for the fact I did not understand the fight behind the sugar bowl. They could have taken the "sugar" out of it and Esme could have still continued to keep it. Anyways, I haven't read the books so I can't be too sure. Maybe something else happened in the books!!! Anyways, it is really nice to come to the wiki and share my opinions!!!! I love asoue!!!!!!!

Inspired by the poll @Dark One 03 made, I wanted to ask, in you opinion, what are the best and worst guardians? What are your favorites and least favorites? But this time, it's not a poll, and I'm talking about ALL the guardians (unofficial ones included!)

My personal list (I'm saying when it's an unofficial one):

Dewey (Unofficial)- Well, in the like, five minutes where he was their "guardian", he seemed pretty good towards them. And the life he offered them, helping him in the underwater library, discovering things about V.F.D., and not being in danger seemed pretty fine too.

Good, but with some failures-

Hal (Unofficial)- I put this in a honorable mention because I couldn't put him with Dewey and Monty, but he also wasn't like the next ones in this list. He was always nice with the Baudelaires, and he trusted them a lot. Although he didn't let them see the records and he accused them of stealing things, destroying the library of records and starting a fire, you can understand him. He also didn't really do anything bad to the Baudelaires. And later, he joined V.F.D. and helped the fire-fighting side with their scheme at the Hotel Denoument! Well done Hal!

Jerome- He was really nice with the Baudelaires, but he didn't defend them when he needed to and he abandoned them at the moment they most needed him. He also just couldn't stand up for himself or anyone else. Even with that, he had a crucial role in The Penultimate Peril, with his redemption. That's why he's in first place in this list!

Hector- He offered the Baudelaires a nice home with Huevos Rancheros, and he also had a really good personality. I like him a lot. The problem is, he didn't speak up for the Baudelaires in the moment they most needed, simply because of his fear of the Council of Elders. Also, when they were about to be burned at the stake, he simply went to jail and said he was waiting for them with the Self-Sustaining Hot Air Mobile Home. If they couldn't make it out of jail, goodbye. He didn't help them, they would have been burned at the stake if things went wrong.

Widdershins (Unofficial)- Although he's a little... eccentric, and the fact that he left Fiona and the Baudelaires completely alone simply going with a woman and abandoning the Queequeg, he still had a good heart. He also didn't tell the children many things, but he had the best of intentions. I the end, he was a noble person.

Josephine- Well, this one was hard. I almost left her on another list, of bad or really bad guardians. She didn't let the Baudelaires do anything because of her fears, she had a coward behaviour, and she offered the Baudelaires' lives to Count Olaf so she could save her own skin. Not nice, Josephine, not nice. But on the other hand, you can kind of understand her. She was really traumatized. And even with all the mistakes she made, she still gave the children a home. She gave them things to entertain themselves with, even if they were horrible things. And she kind of tried to protect them. She was also probably a noble and brave person in the past. With all of that, she earns a place on this list, even if it is the last one.

Mr.Poe- Well... although the Baudelaires had a horrible time living with him, were treated very badly, had to wear uncomfortable clothes, and others, I think it's not really fair to put him in the next guardian list. At leat the Baudelaires were safe with him. And he cared about them, even if a little. Very little.

Sir- He was a jerk who only cared about himself. He made the Baudelaires work in a lumbermill. And he was a horrible boss. He literally "payed" his employees with coupons, and the only thing he fed them since the morning until dinner time was gum. The living conditions in his lumbermill were horrible and the employees were abused. He only cared about bussiness. He was also likely an abusive partner to Charles. He also didn't care about the enviromment, or like, ANYTHING. And he was smoking all the time. Very bad for your health sir!

Olivia (Unofficial)- Abusive towards the freaks. A total coward. Only wanted to "give people what they want", a horrible life filosofy. She betrayed the Baudelaires telling their identities to Count Olaf, and tried to throw them at a lion pit. She tried to murder them simply because she was a coward. Also, she always told Olaf where the Baudelaires were! Although she didn't like her life or her decisions, and was probably a noble person in the past, she was still a terrible guardian. Also, she might have been involved with Olaf at some point! I pity her for being devoured by lions, and sometimes I have sympathy towards her, but many others, I just can't hate this woman enough.

Ishmael (Unofficial)- Lied to and manipulated everyone. Made the Baudelaire parents move from the island against their will. Always told people "not to rock the boat". Left everyone drugged so they wouldn't disobey him??? There are many other reasons, but I think I don't even think I have to explain it to you guys. Also, a totally terrible leader. Besides everything, he was willing to let everyone in the colone die poisoned. Although his intentions might have been good at some point, he was totally corrupted.

Esmé- Didn't care about the Baudelaires at all. Was conspiring with Count Olaf all along. Obssessed with what's "in" or "out". Threw the Baudelaires down an elevator shaft. Started dating Olaf. Helped kidnapping the Quagmires. Tried to murder the Baudelaires various times. Helped Olaf with his schemes. And many others. A despicable woman.

Olaf- Literally Count Olaf. Abused the Baudelaires terribly while they were living with him. Murdered some of their guardians. Was always planning schemes to steal their fortune. TURNED THEIR LIVES INTO HELL. Tried to kidnap and murder them various times. Did kidnap them a few times. Might have burned their mantion down. An uncountable number of other things. THE LITERAL REASON FOR ALL THE UNFORTUNATE EVENTS IN THEIR LIVES. You know, that Count Olaf.

Well, that was my post. What are your lists?

I was about to start hostile hospital (haven't started) so no spoilers please...but I really wanna know one thing. What is Count Olaf really after? Like, Esme is richer than the Baudelaires' I guess and she is head over heels for Count Olaf. In fact Count Olaf is the one who is drawing the line. If he is simply after money and wealth and bulky bank accounts...why not just stay with Esme? How hard could it be to dispose off Jerome?

Olaf knew that if the Baudelaire's parents died, he would be their guardian. When they weren't looking, Olaf lit the house on fire.

Is Barney Stinson and Count Olaf the same guy? I was watching HIMYM and...I thought that NPH has played both the roles but I wasn't certain cause when he is Count Olaf...his jaw is prominently triangular in shape...and his voice is slightly different as well...The make up artists of asoue really are geniuses!!!!!!!!!!!!!!!!

Currently being trapped in a vile village myself...(thankfully these people don't worship crows or fouls lololololololol) I was wondering...like...asoue is kinda funny...? Like...I know whatever the Baudelaires' are undergoing is very sad, but some of the bad scenes turn out to be very funny. Like when Count Olaf/Coach Genghis tells Vice-Principal Nero about S.O.R.E. program that was bad but funny. Or when he tells the children that, "Our parents have abandoned us for careers as burnt-up skeletons." This is bad, but funny!!! Just wanted to confirm if, like...is this how the story is supposed to be or is there something real time wrong with my brain cells...?

Okay, so out of all the literally devices present, metaphors are my favourite!!! Which makes me wonder, is there some hidden meaning behind Mr. Poe's cough? Like...whenever he is about to tell something important or do something important...he starts to cough... 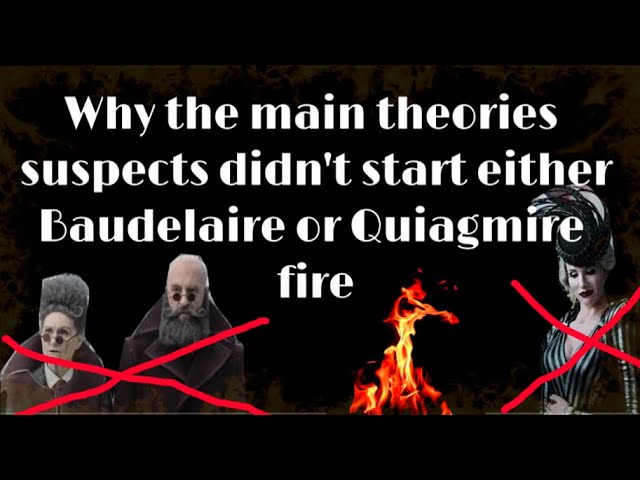 A series of unfortunate events ASOUE: Baudelaire and Quagmire fires - who were NOT arsonists - FACTSYouTube

Count OlafEsmé SqualorWoman with Hair but No BeardMan with a Beard but No HairQuagmire FireBaudelaire Fire
Nothing (state your reason for why you think so)
Sugar, (medusoid mycelium hybrid cure or just sug)
Documents that will prove Lemonys Innocence
Weapon that can be used against enemies.
Multiple Sugar Bowls, for important stuff
Poison Darts