The Duchess of Winnipeg is revealed in The Beatrice Letters to be a member of VFD whose initial is R.

R was born as the daughter of the Duchess of Winnipeg. She was watched by her VFD tutors in her bed at night, until they found it safe to grab her by the ankles and recruit her. She and Lemony Snicket became friends in the Volunteers' infirmary, while telling each other stories to distract from the pain in their ankles. She also became friends with Kit Snicket, and had at least one portrait taken of them,[2] and Beatrice Baudelaire. She was (presumably) there to witness Snicket first meeting Beatrice, in which he accidentally embarrassed her in front of R and their other friends by telling her arriving early was the sign of a noble person.

She had a Theatrics class with Beatrice, and the class was situated above Lemony and Count Olaf's code class. The two girls learned how to convey coded messages in melodramatic dialogue. She was to be climbing partners with Beatrice for a mountain climbing excursion, though Snicket hoped to explore the caves with Beatrice.[1] She also had some classes in a mountain headquarters.[5]

Snicket mentions R to Ellington Feint while promising her a VFD membership; he tells her that Winnipeg is "at the confluence of two large rivers that turn gray and still at night", and is greatly influenced by French culture. He also says that R, his associate, will host masked balls at her castle when she becomes Duchess.[6]

On R's first visit home after her recruitment, her father gives her a cigar box.[2]

R is presumably one of the volunteers labelled "R" in the transcript of a meeting of the Building Committee, in which she argues that moving headquarters so quickly will cause acolytes to forget codes or crucial information. She also discusses the VFD method of recruitment, described as thus:

It is quite possible that R is interested in meteorology or astronomy, as she is noted to give annual lectures to the Meteorological Society at the Orion Observatory.[2] Her signiature appears several times throughout the books, noted to be written so that it could be an "R" or a "K."[7]

R wrote an introduction for the 2006 edition of The Puzzling Puzzles, a Volunteer training guide.

Our history teachers tell us that the first puzzle was created by Archimedes, the great Greek mathematician. From the moment he unleashed it, noble and villainous people raced against each other to unlock its secrets. The future of the modern world hung in the balance. Who would be the first to solve the puzzle variously known as the Loculus, the Stomachion, the Ostomachion, and Synthemachion, Archimedes’ Box, and “exceedingly difficult”?

You will be proud to know that a member of our organization was the first to succeed. It took only two thousand years.

Your training will be no less difficult, but it is arguably far more important. Never before have so many critical skills and vital truths been taught in one place - not even in my own mountain classroom from long ago.

Today our world is full of puzzles. Who is a volunteer? Who is a villain? Who is in disguise? What is the code? Who burnt down the house? Where is the hiding place? Which side are you on? How did this happen? What can you do? What was the first question again?

Your training is designed to help you begin to solve such puzzles. As you embark, allow me to recall the words of an associate who many believe is no longer with us:

There cannot be truth without, first, confusion.

R's mother died, leaving her an orphan. She was appointed the new duchess, which caused several job changes at The Daily Punctilio; the newspaper also misreported the death, claiming that the "Duchess of Winnipeg is Deaf."

Several carrier bats mistakenly delivered a letter meant for Beatrice to R. She sent it to her friend, telling her the bats needed a better trainer and wishing her well. She also gave a ring, which used to belong to her mother, to Snicket so that he could propose to Beatrice with it. When Snicket went on the run, Beatrice returned the ring to him, but he sent it back to her, sure that R would want her to keep it.[1]

Sometime after Snicket faked his death, R sent two important letters (from the Vineyard of Fragrant Grapes) to Kit, hoping that they may be able to save at least three lives, and beliving that they would not be safe with her. She swore in her letter that she would never forget this favor, just as she would never forget the location of the secret Jeep or the Sebald Code. She also mentioned that it had become impossible for her to contact Kit's brother, Lemony, thus implying that she knew Lemony wasn't dead - if he was, there would be no need to contact him.

She hosted a Masked Ball for VFD, which is noted as the last public event that the Volunteers dared to attend together. While Snicket sent her a letter telling her he had to decline the invitation, he added a Sebald Code informing her that he would be there. During the salad course, Baron van de Wetering, costumed as an oak tree, pretended there was a tiger under the table.

The evening ended with the firestarters sabotaging the ball, and the building being set on fire. R had been asleep and only awoken by the sound of a collapsing bookcase, and all she managed to escape with were a handful of photographs she'd been looking at before she fell asleep. All of Snicket's belongings were burnt away in the flames.[2]

At some point, R took a photo of the Baudelaires being dropped off at Damocles Dock; on the back, she wrote "This might be hopeful/helpful."[7] It was presumably sent to Jacques Snicket.[3]

Several years after Snicket's capture at the Masked Ball, the Duchess received a letter from him; he asked her, on a gum wrapper, if anyone hid something in the guest room during the ball.

She sends him a reply back, however there are several clues that all may not be well; she calls the jeep outside the Orion Observatory navy blue instead of black, and says it was parked in the northeast corner instead of the southwest. (R had been tested on this information for more than seven years, and would never forget it.) She also mentions hearing crickets during the fire at winter, when they are usually silent, talks about how thet Winnipeg napkins had the crest on one side and a map on the other but wraps the note in a napkin that has no map, and makes a reference to a young figure in the photos (presumably Beatrice) being "flammable." Snicket fears that the letter may be from an imposter, or that she may be trying to warn him of something.

In the letter, she mentions that there are "not many" volunteers left. She also notes that her fireproof drapes are "awaiting the beginning of the trial."[2]

There is a potential a message hidden in R's letter, though if it is a code, it is coded wrongly.

In the VFD meeting transcript, (presumably) R notes, first, that someone who is tired and stressed may forget information, such as the color of the automobiles used to store secret messages, and secondly that somebody could forget the Sebald Code and think there were eight uncoded words before each coded one instead of ten. She also mentions how she would "never forget" the Sebald Code in her letter to Kit, bringing attention to the connection between her and the code.

If, potentially, R forgot the number of words in the Sebald Code, she may have forgotten the code signal- ring! In that case, there is a paragraph in the letter that reads as thus:

If there are eight words between each coded word, the message would be:

This could imply she was captured by Count Olaf; mentioning the crickets might be another signal to this, as crickets are known to be a VFD signal that enemies are nearby.[2]

The Duchess of Winnipeg is briefly mentioned several times; Snicket references her in a monologue during The Miserable Mill: Part One, saying that if viewers wanted, they could shut off the program and pretend the Duchess was arriving to pick up the children instead of Olaf and Georgina Orwell. Jerome Squalor also mentions that the Duchess once stayed in a room of the penthouse of 667 Dark Avenue.[8]

In the third and final season, Jacquelyn Scieszka is unable to be present for the plot, as Arthur Poe explains that her mother died and she was now the "Duchess of Something"[4]; it is revealed that she went home to Winnipeg, making her the Duchess of Winnipeg.[9] This could either mean either that Jacquelyn is R or possibly her daughter.

Following the books' timeline, it would make more sense for Jacquelyn to be her daughter, as R became Duchess when Snicket was still working for The Daily Punctilio, however it would be unlikely for her to have a daughter Jacquelyn's age, unless she was a young mother or Jacquelyn was adopted. It is still possible that Jacquelyn is R, as the Netflix adaptation has diverged from the book timeline multiple times. 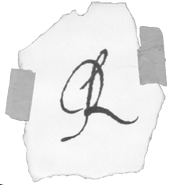 The photos she sent to Snicket.

Closeup of one of the photos- presumably the one of her and Kit Snicket. 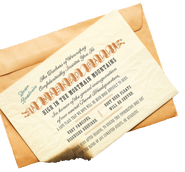