Mulctuary Money Management is a bank located in the banking district of the City, near the Fountain of Victorious Finance. Mr. Arthur Poe (executor of the Baudelaire parents estate) was employed at this bank along with his secretary, Jacquelyn Scieszka (though this was only the case in the Netflix adaptation). Over the course of the series has picked up a variety of jobs and responsibilities (such as being in charge of coins, to being Vice President of Orphan Affairs).

During The Bad Beginning, the Baudelaire orphans go to the bank to tell Mr. Poe that Count Olaf was a terrible guardian and provided examples of what he had done to them, but he failed to hear them out and instead lectured them on the law, "in loco parentis", to justify Olaf's treatment.

In The Vile Village it is mentioned that the Ophelius Bank appears to be rivals with Mulctuary Money Management.

Later on, in The Penultimate Peril, it would appear that Mrs. Bass, a teacher from Prufrock Preparatory School, robbed Mulctuary Money Management. A rumor that remains speculative to this day claimed that she stole the Baudelaire Fortune. 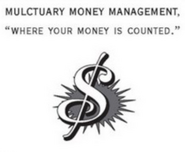 The Baudelaires waiting in the bank. 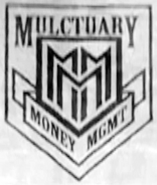 Mrs. Bass taking a break while robbing the vault. 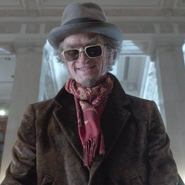 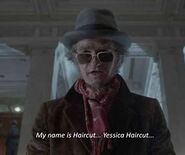