Shelby Hoffman is an actress who, along with her twin sister Kara, portrayed Sunny Baudelaire in the 2004 film adaptation of A Series of Unfortunate Events.

They were 15 months old when filming started. It has been noted that she and her sister were genuinely terrified of Jim Carrey when he was in his count olaf makeup. On several occasions Kara and Shelby would fall asleep in the middle of filming a scene slowing down production. Emily Browning who played Violet Baudelaire also mentioned that although Kara and Shelby Hoffman were very sweet kids, carrying them around all day was tiring due to them being pretty heavy.

Because she and her sister were younger at the time, they were given cheerios whenever they successfully completed a scene. They also had a "Baby Wrangler" named Dawn Jeffory whose job it was to make sure they behaved on set. She usually would hide somewhere in the scene to coax them along. For example during the lake scenes she hid under a canvas cloth on the boat. One time when Shelby was filming one of the boat scenes she got cranky would not perform. So Dawn was singing a song to her to try to get her to calm down. And Meryl Streep started singing along with her.

Originally, director Brad Silberling wanted the character Sunny to be pure CGI. While he eventually used Kara and Shelby for the part, at least four of Kara's/Shelby's scenes have a CGI baby because they would be impossible or dangerous for a real child to do. Amongst these are shots of Sunny hanging on to a table by her teeth, and catching a spindle with her mouth, and the scene where she is entangled with the Incredibly Deadly Viper. Because it is hard to convince a baby to make nonsense sounds, many scenes of Sunny talking were actually partly virtual. The lower part of the face was replaced and tracked onto the real face.

After they decided to use a real baby/toddler, triplets were originally cast to play the role of Sunny Baudelaire. But when the trio developed stage fright and separation anxiety, and would do nothing but cry, they were replaced by twins Kara and Shelby Hoffman. However, like in the Netflix Series, doubles were occasionally used. Kara/Shelby's double the Knight twins, sometimes appeared on camera with their faces slightly covered. They also had an animatronic replica. 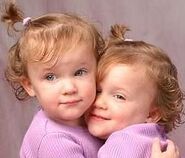 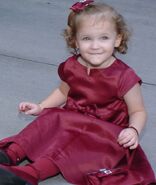 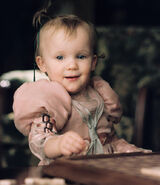 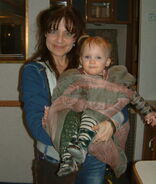 With Dawn Jeffory and Meryl Streep 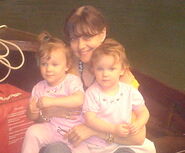 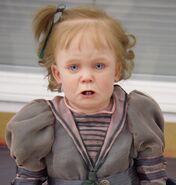 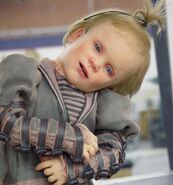