Simon Chin is an actor who portrayed Alonso in the Netflix Adaptation of A Series of Unfortunate Events.

Simon was born in Montreal, Quebec, Canada but his family moved to Saskatoon, Saskatchewan when he was a year old. He received a Certificate in Business Administration at the University of Saskatchewan before entering the film industry.

It was during a tour of Universal Studios when Simon was bitten by the acting bug. His tour bus was outside the studio where his childhood icon, Arnold Schwarzenegger, was filming Kindergarten Cop (1990).

Before his first speaking role on Just Friends (2005), Simon worked a variety of crew positions including set-security, production assistant, and extras wrangler as well as behind the scenes in the casting department.

(2016) He lives in Vancouver, British Columbia, Canada but has worked internationally.[1] 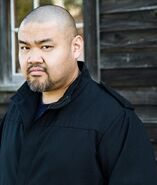 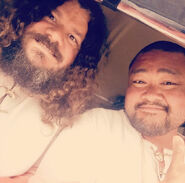 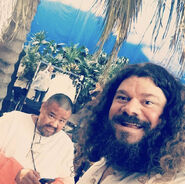