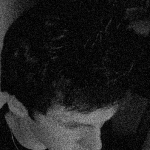 V.F.D.
Groge511 is a volunteer for V.F.D. but it is unknown which side he is on since the schism. It is rumoured that he was on the fire-starting side before falling in love with Beatrice Snicket who was on the opposite side. It is said they both quit the organisation and ran far away together. There was a recorded sighting not long after their departure which stated that people had witnessed a young man and woman running through the streets of the city, followed by various people (rumoured to be V.F.D. members), with flaming torches, pick-axes and a jar of poisonous spiders. It is unknown whether or not he is still alive today.

As a baby he started reading A Series of Unfortunate Events and had completed them by approximately seven years of age.

When he was born he accidentally picked up The Bad Beginning instead of his copy of The Littlest Elf that his dear father had bought him as a birth gift. Although he was only a baby, he still, unknown to myself, managed to read the first of many unfortunate events that befell the young Baudelaire orphans. After reading how they escaped the clutches of the evil Count Olaf he was then repulsed by the tidings featured in that of The Reptile Room, yet he still read on. In a Spring not too long before Groge511 disappeared he indulged himself in the wicked events that were placed before the Baudelaire's in the collected papers known as The Wide Window. Here he had to suffer peppermints, leeches and realtors. To his disgust, Groge511 pushed his way through these unfortunate events so he could witness the monstrous tales in the fourth volume, The Miserable Mill.

Unfortunately, I lost track of him for a while shortly after he began reading about the Baudelaire's time at the mill and by the time I hunted found him he was halfway through the sixth book, The Ersatz Elevator. I must assume that he, during his short disappearance, read about the awful time the orphans had at Prufrock Preparatory School, either that, or he couldn't stand the distressing events that The Austere Academy held, ran away for a while and skipped to the sixth book in hope that things would eventually brighten up for the Baudelaire orphans. I am sorry to report that they did not and even though they did survive the vicious crows in The Vile Village it is hard for me to explain why Groge511 carried on, even through his toddler days, reading their series of unfortunate events.

If you, like myself, are tired and bored of hearing about Groge511's chilling and unpleasant childhood please feel free to read something a little more interesting or perhaps you would like to go to the cinema and watch a film. I saw one once called Zombies in the Snow and I would certainly recommend it. Although I doubt cinemas will screen movies that old. Maybe you could rent it. For the sake of those not interested in Zombies of a cold nature I will continue writing what I have found out about this disturbed child and the unfortunate events that lay before him.

By the time he had got his hands on a copy of the eighth book, The Hostile Hospital he, by my calculations, would have been 5 years old. It is a worry that this horrific book may have affected a youngster of 5 years so much so that he could still be alive and committing carnivorous crimes. I hope that I am wrong and he is looking after my niece and that they are putting out fires and catching crooks rather than starting fires and being crooks. By this time he was staying with a rather old, rather infectious, retired banker. Groge511 found the banker had the entire series of the Baudelaire's unfortunate events and picked up the ninth book The Carnivorous Carnival as soon as he had finished the eighth. He would stay up all night reading and learning about the challenges that the Baudelaire orphans had to face. He had gone through the same thing, his parents being burned alive anyway. He knew of the Baudelaire's love for each other and that that was what kept them going. However, I am sad to report that Groge511 did not have any siblings nor did he have anyone he could talk to. The fat banker would not listen.

At roughly 6 years old he began reading the sadistic and sugary tale of The Slippery Slope and learned more about what V.F.D really was. He quickly began to read the eleventh book The Grim Grotto and a Great Unknown was revealed to be a great unknown. For a while, again, I lost track of him. My associates claim they saw him parachuting over a hotel and others say he died while parachuting over a hotel. They say he landed straight on the roof and then, within seconds, the building was on fire. I do not believe my associates as they either imaginary or dead but what I gather is that after reading The Penultimate Peril and learning of the Baudelaire's picnic pain Groge511 rushed to read The End as fast as he could so that he could find out if the Baudelaire's had survived Count Olaf's wrath. Groge511 finished the entire series and was so distrubed that he threw up, I believe, seven times within one hour after finishing my books. I did warn him.

When he was around 8 he escaped the banker's house and drove off in the car he had 'borrowed' from his gaurdian in search of the Baudelaire orphans and Beatrice. I do not believe he ever found the Baudelaire's but I do know he found my niece at a secret V.F.D. meeting in a building disguised as an opticians, or was it a general store, Last Change or Lost Chance or something...He asked her all the wrong questions but she didn't mind and they became good friends. I am sad to say shortly after that meeting I lost track of him and have not heard of him since them. If my calculations are correct then Groge511 would be around the age of 20 years as I predict he was born on the same year as my niece. If he I lays hear one anymore finger about on him my I niece! will report back.

Retrieved from "https://snicket.fandom.com/wiki/User:Groge511?oldid=33780"
Community content is available under CC-BY-SA unless otherwise noted.