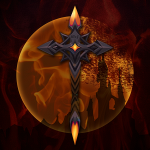 This is your user page. Please edit this page to tell V.F.D. about yourself!

- "Then you must have not raised him right." - An exchange between my mother and Daniel Handler at a book expo.

Retrieved from "https://snicket.fandom.com/wiki/User:InfernoCross?oldid=81287"
Community content is available under CC-BY-SA unless otherwise noted.