Lemony Snicket Wiki
Register
Don't have an account?
Sign In
Advertisement
in: ASOUE, ATWQ, Cities and towns,
and 5 more

You may be looking for Winnipeg (person).

Winnipeg is a place mentioned throughout A Series of Unfortunate Events.

Winnipeg is at the confluence of two rivers "that turn gray and still at night." It is greatly influenced by French culture, and the Castle of the Duchess's family was placed beside the river, where masked balls were often held.[1] It had a grand staircase with two carved wooden crows at the ends of each of the bannisters, several drapes (some of them fireproof), and the Duchess's private library. The castle was later burnt down.

The winds are described as "watery."[2]

There is a royal family; while not much about it is known, the title of Duchess is known to be passed from mother to daughter.[3] The last known Duchess was R, though in the Netflix Adaptation she may have been succeeded by Jacquelyn Scieszka.[4][5]

It may be a reference to the Canadian place, but not factually true to it, since it is not a monarchy or a full country to have a monarchy. Another example of this is when Esmé Squalor mentions the "King of Arizona," even though Arizona is a state, not a country, and does not have a king.[6][7]

Some evidence for it being based on the place in Canada is Lemony Snicket's mention that it is greatly influenced by French culture, which is true of the real location.[8]

In the Netflix adaptation, it is mentioned to be North of Peru.[9] 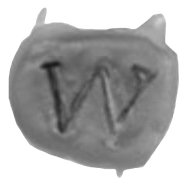 Crest of Winnipeg along with Duchess's signature.

The Duchess with Kit Snicket.